Oh, So You Recognize a Pope That You Aren't Going To Obey? Here's Your Cookie

But God forbid that I should glory, save in the cross of our Lord Jesus Christ; by whom the world is crucified to me, and I to the world. - Galatians 6:14 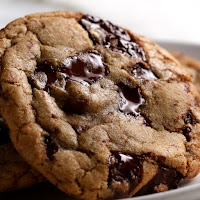 If you believe Pope Francis is a heretic, and a Church authority (college of Cardinals, etc.) can declare him deposed, that’s a legitimate theological opinion.

If you believe that you as an individual Catholic can make that declaration, then congratulations, you’re a Protestant.
— Eric Sammons (@EricRSammons) October 30, 2019

What matters to your salvation?

Notice the word "pope" appears nowhere in the above paragraph.

If you die having been baptized as a member of the Catholic Church, having confessed your mortal sins, with the belief that Christ atoned for them at Calvary, received the Apostolic Pardon before death and sincerely repented of your transgressions while desiring God's friendship you will eventually experience the Beatific Vision.

That is a certainty. In the end the attainment of salvation is the entire reason for the Church and all debates that spring from it.

It is insane to think that God will damn a person because they recognized the wrong person as pope. It is nuts to believe that God is so horrible that He would expect a person to navigate these complex theological issues and eternally punish a person someone who errs.

So why mock Catholics who do not feel comfortable following the obvious errors of Francis as protestants?

The tweet above is malicious and empty in equal parts. Malicious because it is absurd for someone like Sammons and his ilk, who call Francis the worst kinds of names and accuse him of serious spiritual crimes on a daily basis, to belittle others for following the natural conclusion of that rhetoric to its end. It's empty because Sammons and his ilk have no intention of providing religious submission of will and intellect to Francis. To them, recognizing Francis as pope is a way to signal a respectability to people that they are not like....those.....people who do not recognize Francis as pope.

Which is absurd because the average Novus Ordoite does not make these distinctions. They see the rhetoric against Francis and conclude that they are coming from a sede or a crypto-sede.

Francis occupies extremely helpful terrain for R&R types - they can beat up on him and interpret the Faith for themselves while "recognizing" him as pope while giving him no special privileges over their lives in doing so. It's a rotten position that stinks.

Me? I suspect that Benedict was forced to resign with immense amounts of pressure and that could negate the resignation in the eyes of Christ. I don't think Christ would reward the evil plotters with the papacy just because they bent Benedict to their will. The technicalities of Benedict's resignation don't mean anything to me. But I am not 100% sure. And I will attend Mass and continue not to care who the priest invokes as pope during the Canon. Because papal politics aren't going to determine whether or not I achieve the beatific vision.
at October 30, 2019
Email ThisBlogThis!Share to TwitterShare to FacebookShare to Pinterest
Newer Post Older Post Home