God Was Screaming For Our Attention In The Run Up to the 100th Anniversary of Fatima 2017, We Ignored Him, Now We Are About to Reap the Whirlwind 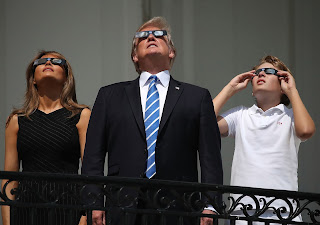 An evil and adulterous generation seeketh a sign: and a sign shall not be given it, but the sign of Jonas the prophet. For as Jonas was in the whale's belly three days and three nights: so shall the Son of man be in the heart of the earth three days and three nights. The men of Ninive shall rise in judgment with this generation, and shall condemn it: because they did penance at the preaching of Jonas. And behold a greater than Jonas here. The queen of the south shall rise in judgment with this generation, and shall condemn it: because she came from the ends of the earth to hear the wisdom of Solomon, and behold a greater than Solomon here. And when an unclean spirit is gone out of a man he walketh through dry places seeking rest, and findeth none. Then he saith: I will return into my house from whence I came out. And coming he findeth it empty, swept, and garnished. Then he goeth, and taketh with him seven other spirits more wicked than himself, and they enter in and dwell there: and the last state of that man is made worse than the first. So shall it be also to this wicked generation. (St. Matthew 12:39-45)

Good people have e-mailed me in response to the Akita article saying something like: "Don't we deserve a Warning before the Fire comes?" I agree. We do. A loving God would provide one. And a loving God did.  This is a must-read article to understand why we are on the verge of fire and why God fulfilled his loving responsibility to warn us beforehand.

In order for this post not to become 5000 words I am going to take a shortcut. I am going to state a few things and then provide the links for the support while I move on to the main course. Link 1. Link 2.

God uses the signs of the heavens (the universe) and of the earth (nature) to communicate with us. The heavens declare the glory of God, and the sky above proclaims his handiwork.
(Psalm 19:1). He has always done so - the Old and New Testament are filled to the brim of such examples. One of the most profound ways He has communicated with us has been by total solar eclipses. God used a total solar eclipse over ancient Nineveh to convince them to listen to the Prophet Jonah and repent. It was not Jonah's preaching that convinced them to repent - it was the total darkness in the middle of the day that did it.

Ancient Nineveh experienced "the sign of Jonah" (the eclipse) twice in recent history - once on August 21, 1914 on the outbreak of the First World War. This was a warning sign to Christendom that it was about to engage in a whole sale slaughter that would lead to the gates of hell (fascism and communism) being unleashed. God, being good, tried warning His people to foresake the war that had been declared but not yet fought. His people did not listen.

The second time Ancient Nineveh experienced "the sign of Jonah" in recent memory was on August 11, 1999.

"A few days after the total solar eclipse passed through central Turkey on 11th August, 1999, a massive earthquake struck the city of Izmit in this region on 17th August, 1999, killing more than 17,000 people. The location of Izmit itself is highly significant in the fact that this is the site of ancient Nicomedia - the location where the Roman Emperor Diocletian issued his first Edict against Christians on February 23rd AD303, beginning the Great Persecution."

Was God trying to tell us that the beginning of a new Great Persecution was beginning?

The Great American Solar Eclipse occurred in America - only in America, the world's last superpower and most dominant political, economic and cultural force on the planet - on August 21, 2017 the Feast of Our Lady of Knock. Knock is an incredibly powerful apocalyptic apparition. Tradition in Action has an incredible write up to make the case. The appearance of the empty altar (signalling the Novus Ordo) and St. John (who wrote the Book of Revelation) POINTING TO A BOOK WHILE APPEARING TO SAY SOMETHING is what I will always remember from those articles. Again, Heaven has warned us, often in obvious ways.

The obvious conclusion to draw from the "sign of Jonah" appearing in such a obvious way over the United States was that country was being called by God to repentance in the same way of Ancient Nineveh. The fact that this occurred in the run up to the 100th anniversary of Fatima should not be lost on anyone.

The entire country on August 21, 2017 stopped to ponder this unique phenomenon. It caught everyone's attention - to the religious, it was a sign from God. Because it was.

Do you remember how I just wrote that after the total solar eclipse on August 11, 1999 the site of Ancient Nineveh was hit by a devastating earthquake?

Guess what happened to the United States?

Four days after the eclipse the coast of Texas was battered by Hurricane Harvey which made landfall in....Corpus Christi, Texas.

On September 2 an earthquake swarm began in Idaho just south of Yellowstone supervolcano.

On September 6 a powerful geomagnetic storm took place that led to a widespread occurrence of the Northern Lights.

While all of this was going on dozens of wildfires were raging across several states in the US.

These events happening in rapid fire succession even had NASA puzzling in wonder at what was occurring.

But what was going on in the wider world?

On September 7 a massive 8.2 earthquake struck Oaxaca in Mexico, a few hundred miles from the Basilica of Our Lady of Guadalupe.

On September 8, just a few hours after the Mexico earthquake, another 5.2 earthquake hit Akita, Japan.

On the same day as this September 19 earthquake a Hurricane named...Maria....yes, go look it up....hit GUADELOUPE, Virgin Islands at a place within the islands called St. Croix (Holy Cross). Hurricane Maria then hit St. Lucia and Dominica (Lucia - Fatima, Dominica - St. Dominic who instituted the Rosary) while another hurricane named....JOSEPH....was swirling around the Atlantic.

Hurricane Maria then made the trip to Puerto Rico to hit....San Juan (St. John).

While all of this was going on, in the month of September, North Korea was testing its first ever Hydrogen Bomb and ICBM Missile and President Trump made his famous "fire and fury" comments.

Remember: all of this happened in the 100 days leading up to the 100th anniversary of Fatima.