So Far Gone, So Much Lost 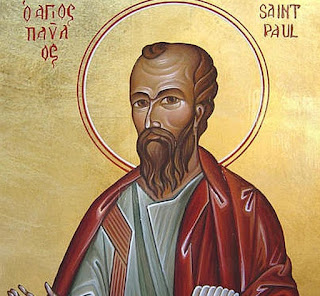 For there shall be a time, when they will not endure sound doctrine; but, according to their own desires, they will heap to themselves teachers, having itching ears: And will indeed turn away their hearing from the truth, but will be turned unto fables. But be thou vigilant, labour in all things, do the work of an evangelist, fulfill thy ministry. Be sober. (2 Timothy 4:3-5)

I spend most of my time speaking with other faithful Catholics. I like it this way. While I do not neglect the obligation to reach out to people who are not currently in the Barque of Peter, I find it more fruitful to live and to interact with people who live the faith as I try to.

But every once in a while I take a plunge into the wider secular world and inevitably I despair. Because I spend so much time living among other people of Faith I forget how much the wider world does not even share the basic philosophical framework that we take for granted.

My deletion of this website last month and of my archive of tweets was caused by a few things (problems with Google among them) but I gave in to despair because of a few specific things that I had read.

This article by Rod Dreher was something that I remember troubling me greatly. It describes a woman who home-schooled her children, raised them in the Church, had them grow up with faithful Catholics and they all apostatized. As a Father of a very young child this strikes to the core of my fears. This woman did more than I think I will be able to do. If she failed, will I succeed? The thought of losing my daughter to the world causes my soul much sorrow.

This week a political reporter in Ottawa asked Andrew Scheer, leader of Canada's Conservatives, if being gay was a sin. Scheer, a faithful Catholic, responded that it was his job as a political leader to protect the legal rights of people but otherwise declined to answer directly. It was not enough for the braying mob. This article by a national news-magazine here demonstrates how far gone the political/cultural discourse is. Every media outlet is demanding that Scheer genuflect before the secular gospel and renounce his faith by saying sodomy is not a sin. When these reporters wrote about the question they put sin in "" because they don't believe in the concept.

Canada used to be an incredibly Christian country. Quebec, until 1959, was so Catholic that visitors complained it was like being transported back to pre-revolution France. Ontario was founded by extremely puritanical protestants. And now we have devolved to this.

The conversion of hearts in a world that is so far gone with so much lost is up to God now. We trust in Him. We place ourselves entirely in His hands to escape this hell world that we have created for ourselves.