Something is Brewing in the Vatican 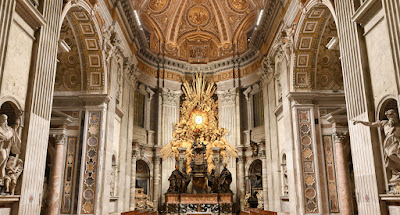 I would like to write something about the extremely odd series of police raids/financial shenanigans/firings/forced dismissals/resignations that have been coming out of the Vatican all Autumn, but I don't know what to make of it.

Zero Hedge refers to it as a "mystery" scandal, and to be honest, this mystery has been developing for months.

All of these individual stories will eventually fit together like a puzzle, but unfortunately, we have not been given the picture as of yet. We don't know what we are dealing with.

If I were to guess, I would say:

Some major criminal financial activities occurred, the perpetrators being people Francis appointed and promoted. Some members of the police were in on it. The criminal financial activities have to do with theft, embezzlement, fraud and sex. Francis is forcing resignations and firing people to demonstrate at a future point of time that he was active in combating activities that couldn't have happened without the people he promoted to the positions that he did. Francis is trying to cover his own liability.

Alternatively: Francis and Co. are desperately trying to insure something big isn't found or investigated further. They saw what the "Vatican Leaks" scandal did to Benedict and they don't want something similar to hurt Francis.

If you have any ideas of your own, especially if you are a Person Who Knows Things, I am all e-mails.