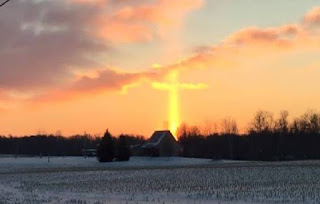 And blessed is he that shall not be scandalized in me. (St. Matthew 11:6)

With the end of the decade a mere twelve days away, I have some thoughts on what we can expect over the next ten years.

1.) The person who replaces Francis is going to be even worse.

I go back-and-forth on whether or not Francis is going to resign or if he will only leave being carried out on a stretcher.

He and his entourage have dropped repeated hints that resignation is in the cards. Robin Rome, sodomite extraordinaire and friend of Francis, has said that he thinks the next time Francis visits Argentina it will be for good and never to leave. Francis seems extremely interested in packing the College of Cardinals with like-minded degenerates, which is a point in favour of the resignation thesis.

I have my doubts, for a few reasons.

Number one, the floated resignation is a time-tested trick by powerful people to draw out traitors amongst their ranks, people who are too ambitious for their own good. Joseph Stalin repeatedly talked about his succession during his dinner parties for example, even when he had no intention of resigning at all, because he wanted to see which one of his ministers was getting too big for his britches.

Number two, Francis seems to have been seeking power for his entire adult life and appears to have few other hobbies. I know people like this. They live for their work. Having sought and obtained the highest power that he could possible have asked for, I suspect the only way he will willingly relinquish it is by dying.

Which brings us to his successor, however it comes (please notice I'm using very careful language about all of this.)

I believe his successor will be someone with a warm personality, diplomatic, careful and with the self-control with his tongue that Francis lacks. He will be smart enough not to surround himself with such disreputable characters which hurt Francis considerably. BUT:

He will far more aggressive in attempting to change the Faith. The successor of Francis will be in favour of ordaining women, normalizing homosexuals and far less tolerant of groups like the SSPX and FSSP. Where Francis was personally a corrupt jerk but slow with his agenda for change, his successor will be the opposite: personally impeccable but ruthless in persecuting the enemies of modernism.

I am working on a longer piece about this, and I am not done my research, but I foresee mass-liquidations of Church assets (this has already begun) as a prelude to a serious cash crunch in the Church. I expect Western societies to follow the lead of New York  and change laws to allow historical lawsuits against the Church with tens of billions of dollars of damages as a result. Since the priests are long-dead, and since the Church is feeble and without the credibility to go after false claims and grifters, it will simply pay out until it can't pay no more.

3.) The faithful are going to either fight or abandon their faith. There is no middle ground.

I have written before about the danger that the "woke" generation poses to the Faith. Whereas baby boomers were limited by sentimentality and hedonism from fully confronting the Church, the "woke" generation will not be hindered by these things. Any Bishop that refuses to kowtow to the Satanic agenda in his schools and churches will be harassed and vilified. Traditional Catholics will lose some of their public spaces for worship: Mass in private homes will become far more common. Lukewarm Catholics will become an endangered species; they will simply stop identifying as Catholic at all.

I am going to keep this vague. There are many, many possibilities of what may occur. I have noticed - and I am sure that you have as well - that things are accelerating. It is said that God will wait until every single person that He wills is on the Barque of Peter before He intervenes. That could be your wife, husband, children, parents, cousins, friends, co-workers. God, in His love, is enduring all of this evil to make sure that the maximum amount of people are saved before He intervenes.

Because God is love and his timing is perfect.