No, Our Lady Did Not Say That Rome Will Become the Seat of the Antichrist 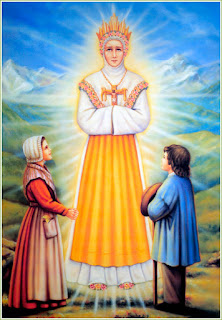 Despise not prophecies. But prove all things; hold fast that which is good.
1 Thessalonians 5:20-21

Because the Church seems to be led by people who are ashamed of many aspects of Church doctrine, many well-meaning Catholics are looking for answers to the disheartening cowardice of many Bishops and Priests. One answer, among many, seems to come from "hidden secrets" given to two children in La Salette, France.

You are probably familiar with parts of the sensational content. It is extremely well known. "Rome will lose the Faith and become the Seat of the Antichrist" and "the Church will be in eclipse" have been the foundation for many explanations and theories to explain the weak state of the Church.

I believe, and I have written before, that we are somewhere between the 2/3 mark and fulfillment of End Times prophecy and the Second Coming of Christ. I take these things extremely seriously. I write about them often, sometimes to my detriment (I get e-mails from priests and others calling me someone who is stoking up doom-and-gloom.)

But I will never write about apparitions or prophecy if  I am not absolutely certain is worth accepting. My criteria are simple: if anything in the message can be demonstrated to be false it all has to be discarded. Our Lady does not lie. Our Lord does not lie. Ever. Not about anything.

I am certain that the original, modest apparition (that occurred in 1846) that was approved by Church authorities very quickly is genuine. The parish in La Salette, France has seen up to 250 miracles answered by Our Lady of La Salette. The seers, Melanie (14 years old) and Maximin (11 years old), first transmitted a message that sounded like Our Lady; that was the same length as many apparitions that occurred in the past and that would occur in the future; that contained a clear message for people to change how they are behaving; and that promised help in the future.

But five years later, in 1851, the seers wrote a letter with the help of a local prelate to Pope Pius IX. The letter is several thousand words long. It contains prophecies with time stamps that did not occur and it contains extremely bizarre claims about the future. The letter containing the alleged message was allegedly found in the Vatican Archives in 1999.

THEN, after 25 years of peace and prosperity:

- There will be a false peace
- The Antichrist will be born of a Hebrew nun and be fathered by a Catholic Bishop
-  The seasons will be altered, the earth will produce bad harvests, the moon will not provide its light

So, what is the timing of all this?

Maximum said that he heard the same kind of message given to Melanie but he put dates on it that HAVEN'T HAPPENED:

You, or I, cannot interpret current events based on the general tone of prophecies that have failed. The first part that I outlined was supposed to happen before the beginning of the 20th century arrival of the Antichrist that was to be born of a Hebrew Nun and Catholic Bishop. This did not happen. Nothing in the above outline happened, even though they were all supposed to happen by now.

It is wrong to cherry pick two plausible sounding sentences ("Rome will lose the Faith and become the seat of the Antichrist" and "the Church will be in Eclipse") because the Church is in disarray and disregard everything around those sentences that have turned out to be false.

The extended secrets were ignored by the Church for a reason. Our Lady would never given 2500 words of secrets to a 14 and 11 year old and expect them to remember it and transmit it; in the apparitions to priests and religious the messages are always fairly short with clear themes and purpose. Our Lady never rambles like this. The extended secrets are bunk and not to be given any credence; the Church of Pope Pius IX was right to ignore them.

I have taken photos of the extended secret, from the book "Prophetic Messages for Our Times" published by the SSPX via Angelus Press below. 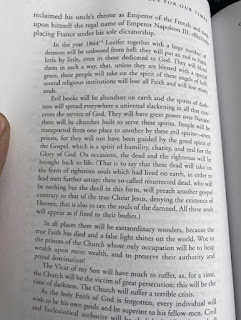 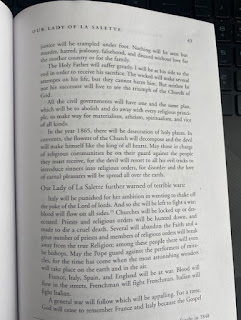 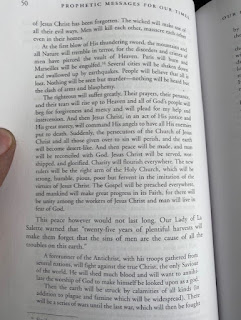 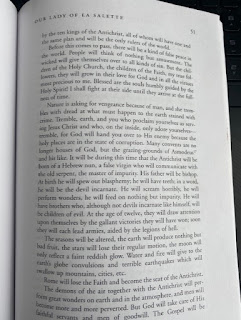 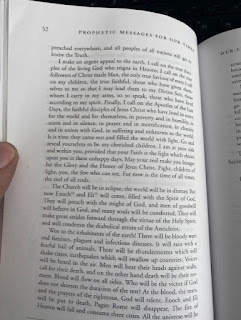 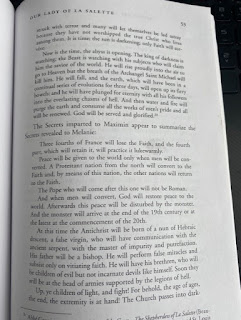 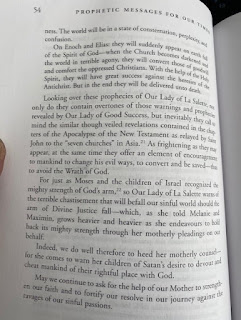