The SSPX vs. Church Militant: What to make of this? 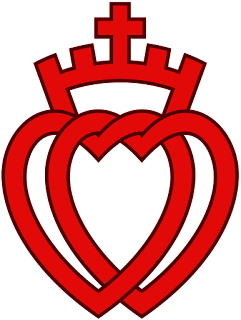 I would like to weigh in on the SSPX/Church Militant controversy that began last week with the publication of (some known, others unknown) documents by Church Militant. They concern mostly historical sexual abuse allegations against priests of the Society of Saint Pius X, the poor/possibly criminal manner in which they were handled and the future ramifications of this story for the Society, Church Militant and the Church in general.

My biases: I mostly attend a diocesan Latin Mass on Sunday's at St. Patrick's Catholic Church in Schomberg, Ontario. You know the kind: the Novus Ordo finishes, they shuffle out, we shuffle in, hold confessions and Mass, and leave again. I occasionally (maybe every other month or so) attended the SSPX Chapel in Etobicoke, Ontario for my Sunday obligation. There are no FSSP Chapels in the Greater Toronto Region. I happily discovered the Toronto Oratory a few weeks before the pandemic began and I started attending daily Mass at Holy Family Parish and Sunday obligation St. Vincent de Paul. I love what I have seen from the Oratory and I will probably make it my main Chapel once (God willing) things return to normal. I only attend a Novus Ordo Church on Thursdays, irregularly, because they hold all-day Eucharistic Adoration. I was married at a diocesan Latin Mass ceremony, at St. Lawrence the Martyr, and had my daughter baptized at the same Church.

My impressions of the SSPX are mostly positive. The laity who attend the services are incredibly devout. Real love and care is taken to make sure that every service is pleasing to God. The priests are conscientious at Mass, they take time to compose excellent sermons, they offer a wide-range of services to mark all of the important feasts and they hold extra-curricular events to build a sense of community and to teach the Faith.

Now for the negatives. The priests and some of the laity are intensely devoted to the Society (as opposed to the broader Church) in a way that I find a little off-putting. Other Latin Mass offerings are treated with intense suspicion and mild disapproval. The priests attitude towards the laity with respect to their opinions, sadly, is too often "pay, pray and obey." There can be a gruffness and a lack of cheer that I think should be rectified if the Society is to grow.

Overall, I would recommend attending an SSPX Chapel for services if your personal circumstances compel you in that direction. Just remember it is a society of priests and not laity, and that maintaining a little personal independence is probably in your best interest.

As for Church Militant...I dislike tabloid-style, gotcha journalism. I made it through half a Vortex video before I had to shut it off. Before this controversy I viewed Michael Voris, Executive Producer of CM, with some amusement: ex-homosexual, kind of a weird guy, loud mouth, ambitious. But the modernist Bishops really hated the work that he had been doing so I basically held him in positive regard. The enemy of my enemy is my friend, etc.

It is not a surprise to me, whatsoever, that very opinionated and loud laity like Michael Voris and Patrick Coffin do not like the Society. Loud, opinionated laity is the exact opposite of what the SSPX likes. I have seen Society priests literally cringe when a lay person starts ranting about various things within the Church. They really, really think that laity should be prayerful and offer sacrifices to change the Church rather than be loud on social media. The last time I checked Society priests were telling laity to delete their social media accounts entirely. It is not difficult to see why this would mesh with the world-view of people like Voris and Coffin. I am highly confident that, even before all of this, if Voris had gone to a Society Church he would have been told to shut down CM and live a life of prayer and fasting in reparation for the degenerate lifestyle had lived in the past. Voris wants to be treated with respect as a player in the Church. It's completely understandable why the two dislike each other.

When Church Militant broke the allegations against the Society I was highly, highly skeptical. The mutual antipathy of Voris and the Society, for the reasons I suspect above, made me question Church Militant's motives. I reflexively defended the Society on Social Media. I still believe that the allegations made by CM are presented in the worst possible light without fair presentation of: a.) the mitigation efforts made by the Society b.) the context c.) the psychological problems of some of the accusers.

But there is more than a kernel of truth to the allegations. Many of them were mishandled, badly. I can see a kind of institutional arrogance within the Society that viewed these allegations as to what it would mean for the Society as opposed to what they would mean to the wider community. The Society, while it was created for priests, gets its spirit from devout laity who are mostly wonderful people and I hope that criminal charges get pressed when deserving and that after reform the Society perseveres and grows. It is badly needed, the priests and laity love God, and I sincerely believe they attempt to do the right thing.

I sympathize with the Society in the difficulty in responding to some of these allegations. To be frank, some of the accusers seem deeply troubled with personality characteristics that lend to falsifying allegations. This applies to some of the younger accusers in St. Mary's, KS who grew up in a very conservative town but whose personalities are inherently that of the outcast. These people hated the environment of the town that they were raised in and would lie to damage the priests. I have come across people like this all of my life. They were the goths in high school, the outcasts, the hysterics, the ultra-liberals. Several of the accusers strike me as having these personality types.

But the behavior of several priests suggests sociopathy. The Society needs reform, and better screening of the psychological state of their priests and lay workers. Church Militant will forever be a tabloid; it is inherent in their DNA. We should all be aware of that when assessing their news reports.

I fully expect Criminal Charges, and frankly, I welcome them. In all organizations it is important to clean the rot on a regular basis. I love the Society, I hope it grows, but it is apparent that housecleaning is in order.
at April 30, 2020
Email ThisBlogThis!Share to TwitterShare to FacebookShare to Pinterest
Newer Post Older Post Home