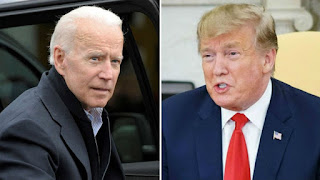 When the unclean spirit is gone out of a man, he walketh through places without water, seeking rest; and not finding, he saith: I will return into my house whence I came out. And when he is come, he findeth it swept and garnished.

Then he goeth and taketh with him seven other spirits more wicked than himself, and entering in they dwell there. And the last state of that man becomes worse than the first.
- St. Luke 11:24-26

I volunteered for my first political party when I was 14 years old. By the time I could grow hair on my chest I was the veteran of half-a-dozen right-wing political campaigns. Shortly after 9/11, at the tender age of 16, Justin Heiser and I started a right-wing message board and conservative news source called SiaNews. I ended up studying Political Science and Economics at the University of Toronto, graduating with an M.A. in both. I grew cynical as time went on, after seeing weak political figures fundamentally fail to challenge the status quo, that by the time the 2008 presidential election engineered election of Barack Obama happened I was so disillusioned from politics that I checked out of campaigning and I never returned.

But of course I keep an eye on politics. I have to. We all do. Because of education and training, I consider public policy and government to be my wheelhouse. Let's take a look at the 2020 presidential elections.

I am fundamentally pessimistic on President Trump's chances of re-election for reasons related to demography. Steve Bannon and Ann Coulter have been going so hard on immigration for decades because they understand that if millions of citizenship cards are granted every single year to people from areas of the world that would never, ever consider voting for a Republican, that is the entire political ball game. Entire books have been written on the subject. There comes a point, simply because of the math, that how good or bad of a job you have done simply doesn't matter because it is simply about the demographics of the people who are voting in the election.

Since 2016, 5.5 million people from non-Christian countries (non-Christians voted for Hillary 72-26) have been given citizenship in the United States. 4.2 million white, senior citizens (the core of the Republican vote, having voted for Trump 71-26) have passed. That's a 9.7 million vote swing from 2016 without taking into consideration the political performance of the Trump Administration.

That kind of math is absolutely crushing. It demonstrated its power in 2018 when the Democrats won the popular vote for Congressional seats by 9.8 million votes. Ann Coulter and Steve Bannon are smart people. There is a reason they have been banging this drum for years.

Look what happened to California. After a populist GOP Governor, Pete Wilson, won in 1994 on an anti-illegal immigration message the state demographics (thanks to Bill Clinton not enforcing the border) flipped so quickly that Republicans have been crushed (with the exception of Arnold) ever since. Democrats control everything, politically, in California: every legislative body, every judicial body, every executive body. That is what happens when you let your political enemies import tens of millions of voters.

There is also the uncomfortable fact that white voters, normally the core of the GOP, are becoming far less religious and far more liberal. Thanks to the indoctrination of mass media and culture white voters have shifted politically to the point that white people under the age of 50 with college degrees are more likely to vote for Democrats than Republicans, a situation that would have been considered unthinkable not too long ago.

These are the fruits of allowing public education and the broader culture owned by globalist media empires to indoctrinate the public to a specific political agenda.

For these reasons I am bearish on President Trump's re-election chances. It is notable that Trump himself recognizes these difficulties. He has said repeatedly that Democrats have a huge advantage in the popular vote because of the fake news media, immigration and other similar structural reasons.

So....if Joe Biden were to win, what would it mean?

Don't be fooled by Biden's grandfatherly Catholic shtick. All of the devils would return to power, but this time it would be worse, because they are enraged that they were unexpectedly deprived in 2016. Ruth Bader Ginsburg would immediately retire from the Supreme Court and Biden would fill it with a dedicated leftist cultural warrior. Stephen Breyer might retire as well, to play it safe, giving Biden two appointments in his first two years (models show that if Biden wins the Democrats have a 85% chance of also winning the Senate). That would mean there would be no real chance (because of age) of a Republican appointing a Supreme Court seat vacated by a Democratic appointee for the next two decades.

Democrats, using the full power of the executive branch, will team up with Social Media giants like Facebook and Google to further persecute alternative viewpoints to their own. Think about how brazen Facebook, Twitter and YouTube have been in censoring non-liberal opinions while Trump has been in office. Imagine how they will behave if a Democrat is in the White House?

Expect religious liberty and gun rights to be curtailed even further. Look at what Gov Northam has done in Virginia. Expect non-compliance in the field of "LGBT rights" to be punished with jail time. Expect your ability to dissent from the tyrannical atheistic, globalist, liberal regime to be strangled on the Internet and in non-virtual world. Expect no mercy from people who have spent the last four years seething over their 2016 humiliation and who are intent to use all the power of the federal government to punish Christians, anti-globalists, gun owners, traditional families and anyone else who dissents from The Agenda.

I hope Trump wins in November, and failing that, I hope the Republicans can hold on to the Senate. But because of demographics, I have my doubts. If the 2020 version of Democrats achieve unified government - House, Senate, White House- expect persecution. All the devils will be here, and they are going to be coming after us.
at May 08, 2020
Email ThisBlogThis!Share to TwitterShare to FacebookShare to Pinterest
Newer Post Older Post Home